At my current customer we are working extensively with Business Process Testing (BPT) in Quality Center 10, and now recently ALM 11.52. 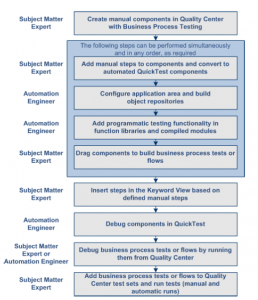 The benefits can be big:

HP has several documents and articles on BPT:

There are several more issues with BPT/ALM, but these are the most important ones for us.

2) Our usage of BPT is badly implemented

All these issues compounded lead to an almost unworkable, instable test automation ‘solution’.  Time to search for something else…